A “colossal” wasp nest the size of a “barrel” with a tunnel attached has been found in the attic of a house.

The homeowner near Corby discovered the one-metre wide nest (3.2ft) while renovating the property, which had been empty for two years, as reported in theNorthampton Chronicle.

Pest controller Gary Wilkinson said “luckily” the wasps had moved out about a year earlier.

Its size and long entry tunnel made it a “spectacular work of art”, he added.

Mr Wilkinson was treating the house in Pipewell for woodworm, when the owner who wants to remain anonymous, said: “Can you come a have a quick look at this for me?”

“We just went, ‘Wow’, as it was colossal,” Mr Wilkinson said. 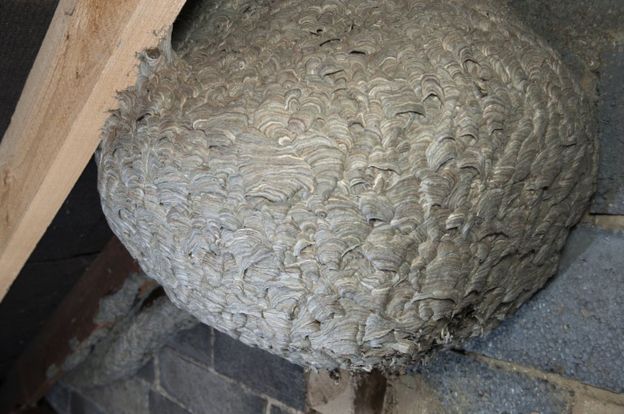 Image caption: Fortunately for the homeowner and pest control team, the wasps had vacated the nest last year.

“It’s the biggest I’ve ever seen by quite a margin.

“It’s an impressive wasp nest alright – much bigger than a barrel.

“They can get to the size of a large football but this is something else altogether.” 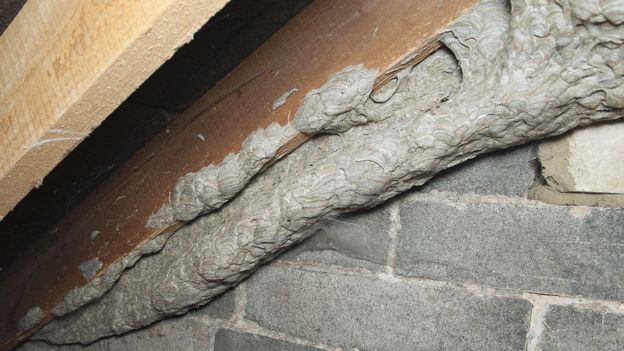 Image caption: The wasps had built a long tunnel enabling them to get in and out of the nest.

The company said the nest was “rare” not only because of its size, but because the wasps had built an “intricate tunnel from the nest to the outside” which was perfectly preserved.

Mr Wilkinson estimates anything from 6,000 to 10,000 wasps could have called the nest their home.

An “average” nest would “typically have up to 3,000 wasps”, a company spokesman said.

Mr Wilkinson described the structure as “quite beautiful” and made from paper-like material the insects had stripped from fences and tree bark. 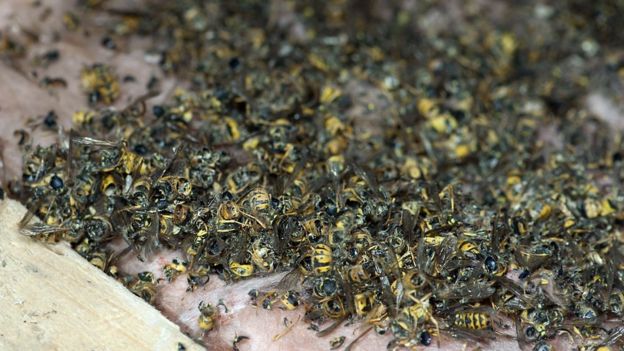 Image caption: Hundreds of dead wasps were found near the nest

Fortunately for the homeowner and pest control team, the nest had “gone to its full life-cycle” and there was nothing left alive in it.

“We’d certainly not be that close to something that size – even in a bee suit – if we thought it was still being used,” Mr Wilkinson said.