Dead Mice found at a McDonald’s in Liverpool

The restaurant in Liverpool was closed for short time after evidence of mice was discovered. 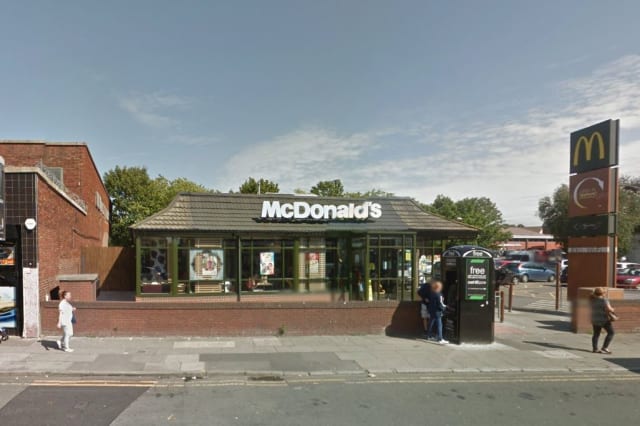 A McDonald’s restaurant in Liverpool was forced to close this week after staff found dead mice at the branch.

Bosses confirmed the restaurant was closed for a “short period” after evidence of mice was discovered.

They said the eaterie in Walton Road has taken steps to address the issue after they called in pest control.

They also insisted there was “no concern regarding food safety” and apologised for the temporary closure of the store.

A McDonald’s spokesperson told the Liverpool Echo : “We always work closely with independent pest control companies, which was the case regarding this matter.”

The restaurant was closed for a short period last week and every step has been taken to address the issue.

“The store has been approved to re-open following a thorough investigation by independent specialists and there is no concern regarding food safety, which is always a priority of ours.”

“We apologise to those inconvenienced by our temporary closure.”

The incident comes just days after a disgusted mum found a mealworm in her son’s chips at a McDonald’s branch in Wales.

Customer Charlotte Clements, who found the creepy crawly inside her son’s chips, said: “To say I’m absolutely disgusted is an understatement.”

Mrs Clements, 33, visited the visited the Nantgarw branch of the fast food chain with her family last Saturday morning.

Husband Stephen and their three children, Nicole, Holly and Jarred went along in what was planned “as a treat for the kids”.

She said: “We were halfway through eating and my son spotted something in his chips. My husband thought it was a potato eye at first but then we realised what it was.”

Charlotte took the fries back to the store and was given a refund, but says the incident has left her angry and upset.”I’m just so angry. I still haven’t been able to eat anything. Every time I look at food I feel so sick it’s really turned me,” she said.

McDonald’s said that they are investigating the incident and have sent the fry for analysis.

A spokesman for McDonald’s said: “We apologise for Ms Clements’ experience. Food hygiene and safety is of the highest importance to us and we launched a full investigation into this incident as soon as it was brought to our attention.”

The item has been sent for analysis to determine where it originated and there is no evidence to suggest any other products were affected.”