Diners at a stylish London restaurant were left horrified after a rat reportedly fell from the ceiling onto a woman’s head as she dined with friends. The rodent, which died in the fall, finally landed on the table. 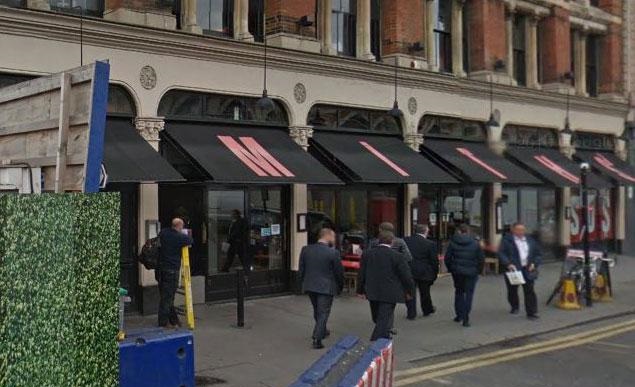 The rat was then hurriedly removed by restaurant staff at Smiths of Smithfield in Farringdon, amid the commotion. Fellow diner Paul Stubbs, 56, from Harrow, told the Sun: “All of a sudden there was a commotion and what looked like a rat fell from the ceiling. It hit somebody’s head and ended up on the table.

“We were disgusted. It was only a baby but still about three inches long. It had obviously fallen from a nest in the open vents. People were pretty horrified. Everybody stayed to finish, though I wouldn’t go back.”

In a statement a spokesperson for Smiths said that it was a mouse, not a rat and insisted that it was ‘an isolated incident.’

The restaurant spokesman added that the customers were offered, and accepted, “reasonable compensation.”

The woman, who was having dinner with 25 work colleagues was given £450 off the bill by the restaurant, the Evening Standards reports.

According to Mail online, restaurant, situated in a Grade II listed building in Smithfield Market, has a 3.5 star rating on TripAdvisor.