A GIANT Asian hornets’ nest has been discovered for the first time in the UK – just one month after the first official sightings of the killer invaders.

The nest – the size of a giant pumpkin – was found at the top of a 55ft conifer tree, close to the original sightings in Tetbury, Gloucestershire.

The nest was found at the top of a 55ft conifer near Tetbury, Gloucestershire

Experts logged and photographed the find before they destroyed it.

A 20km incident zone had been imposed by the Department for Environment, Food & Rural Affairs (Defra) after the first two Asian hornets were discovered in mid-September. 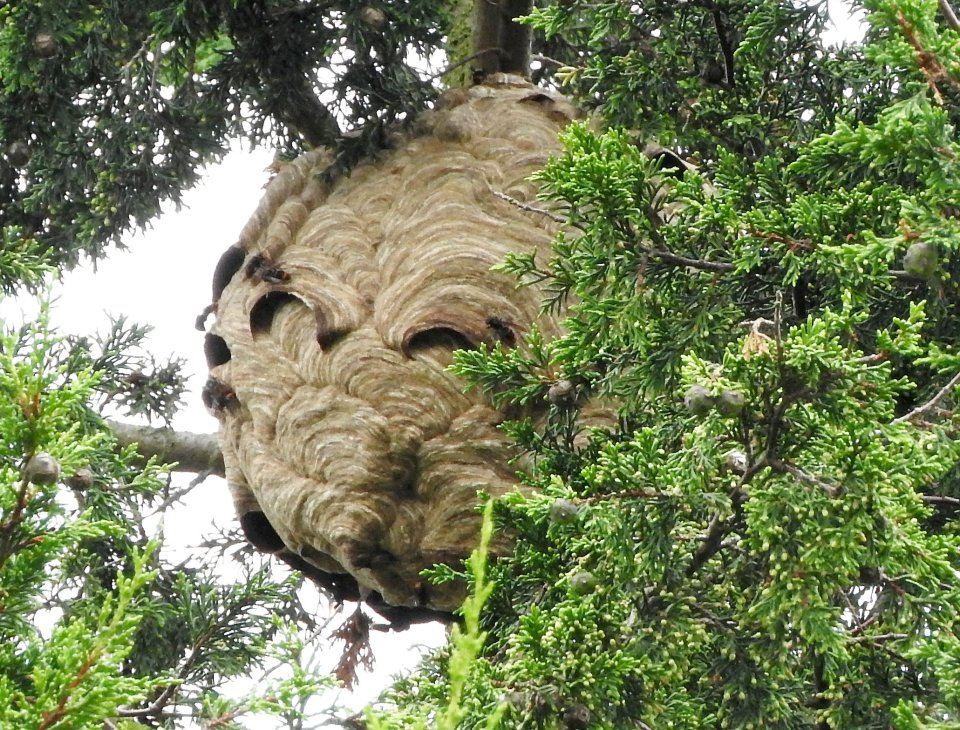 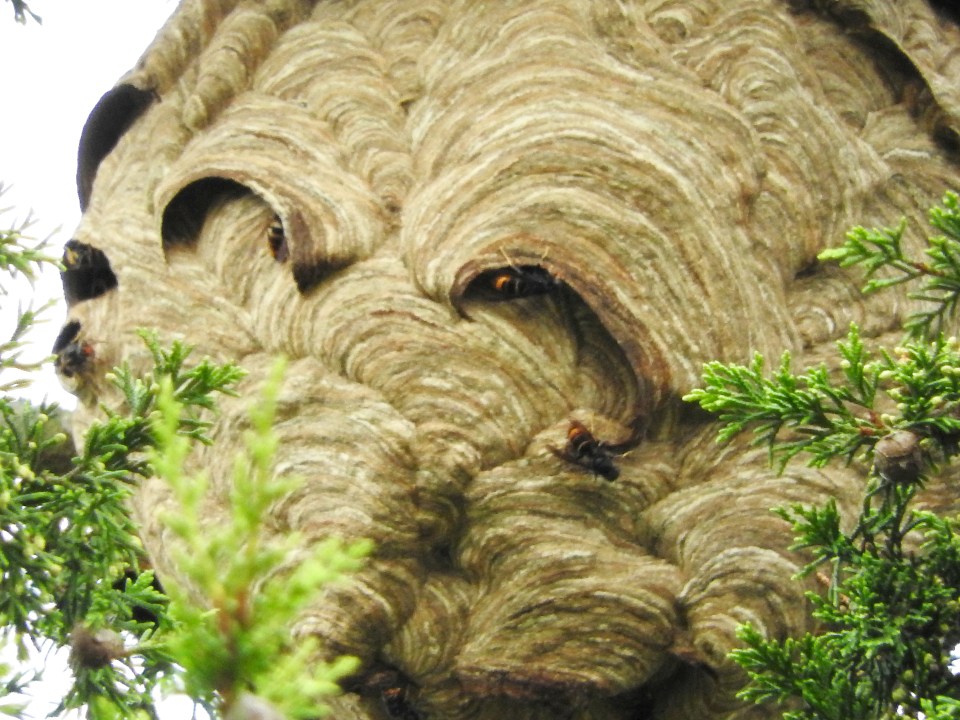 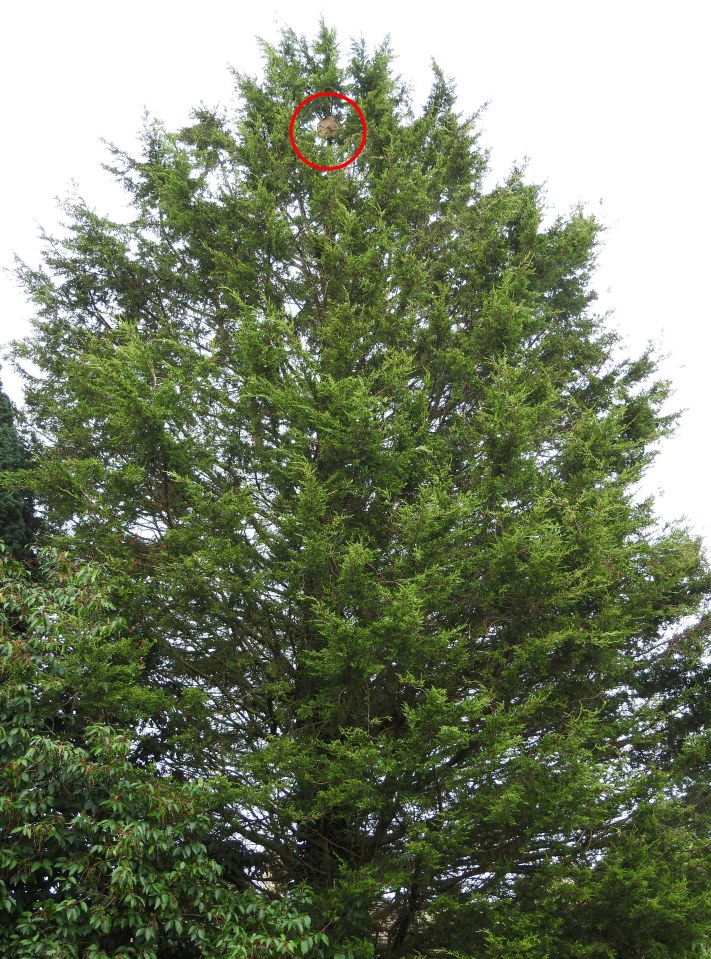 Experts want to stop the pests spreading as pose a threat to Britain’s honey bee population, although they cause no more harm to humans than native hornets.

Asian hornets arrived in France in 2004 on a ship from China and are now common across large areas of Europe.

They predatory hornets – up to 1.2 inches long – feed on other insects, especially bees. They also attack hives to collect honey bee larvae as food for their own young.

Their sting is said to feel “like a hot nail being driven into your leg” but the venom is not dangerous to a human unless they are stung dozens of times or have an allergy. 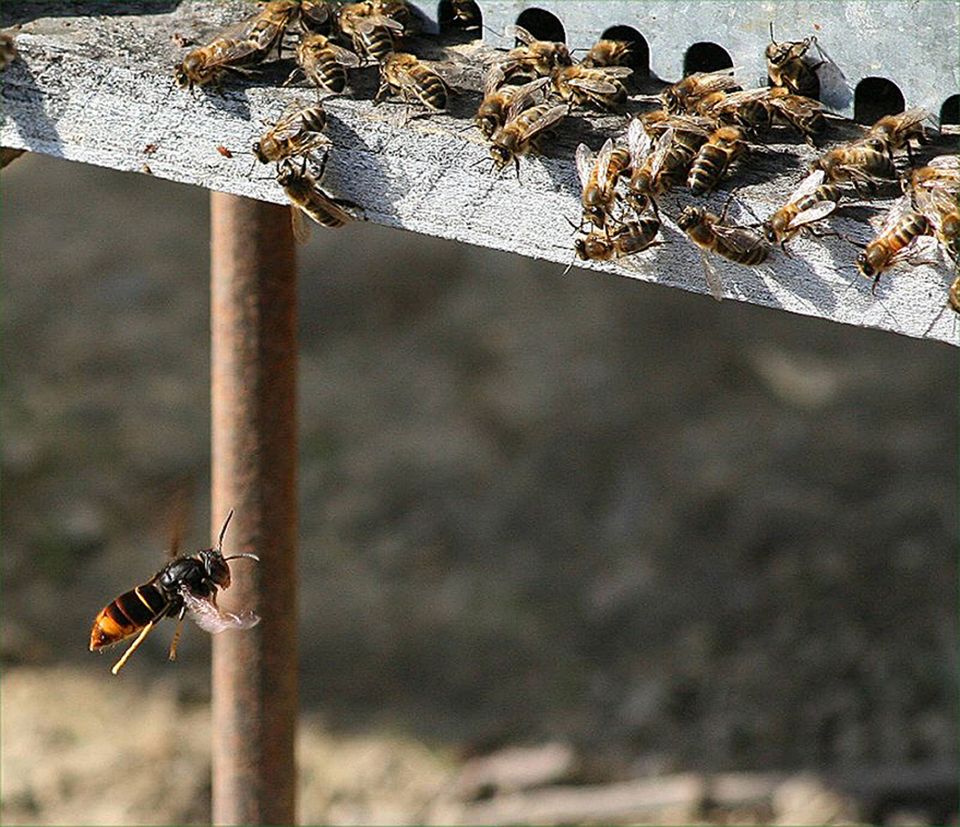 An Asian hornet was discovered for the first time in Jersey and Alderney this summer before the sighting in Gloucestershire last month.

It is believed the species will not be able survive in the north of the UK due to colder winters.

The genetics of the captured hornets are being examined by the National Bee Unit, according to the British Beekeepers Association.

A spokesman for the Bees, Wasps and Ants Recording Society said: “Following the recent discovery of two Asian Hornet workers near Tetbury in Gloucestershire, bee inspectors from the National Bee Unit have visited over 100 sites in the local area.

“Asian Hornets were found at six locations within 500m of the original sighting.”