Cockroaches leave behind signs of their presence that are easy to spot before you are likely to see a live insect. As nocturnal creatures, cockroaches usually hide out of sight during the day and only become active at night to search for food.

In order to minimise the health risks associated with this unhygienic insect, it is crucial to discover cockroach infestations as soon as possible. 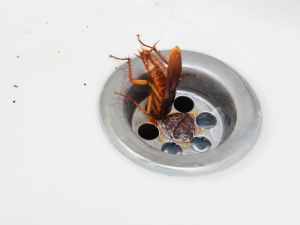 Always get professional advice on how to control cockroaches

Cockroaches can transmit the following diseases:

In this article you can also find information on:

Cockroaches can transmit the following diseases:

Similar to rodents, cockroaches are known to transmit the Salmonella bacterium which can cause salmonellosis, a disease in humans with symptoms similar to food poisoning.

During their crawls in filth and feeding on contaminated food materials, cockroaches accumulate bacteria. Their vomit and faeces carry Salmonella which remains in their digestive system for a month or more.

Human symptoms, which typically show 12 to 72 hours after infection, include diarrhoea, fever, and vomiting. Recovery usually occurs after four to seven days, with little to no medical treatment needed, besides replenishing fluids.

Campylobacteriosis is an infection caused by Campylobacterteria. It is one of the most common bacterial infections in humans, as well as a common foodborne illness. There is a Campylobacter jejuni subspecies in the gut contents and on the external surfaces of both American and Oriental cockroaches.

Transmission occurs through ingesting contaminated food and drink such as unpasteurised milk and undercooked and poorly handled poultry. It can also be transmitted through sexual contact, although this is very rare.

Symptoms of campylobacteriosis include bloody diarrhoea as well as cramps, abdominal pain and fever. The disease usually lasts for 2-10 days and requires little to no medical treatment. However, as with any occurrence of diarrhoea, it is important to replenish fluids to avoid dehydration.

Listeriosis is a serious infection caused by the bacterium Listeria monocytogenes. It is usually contracted by consuming contaminated food and drink. According to the Centers for Disease Control (CDC) it is an important public health problem in the United States.

Symptoms of listeriosis are usually a fever, muscle aches and diarrhoea. However, if the diseases spreads beyond the gastrointestinal tract, symptoms can also include headaches, a stiff neck, confusion, loss of balance, and convulsions. For pregnant women, contracting listeriosis can sometimes lead to miscarriage, stillbirth, or premature delivery.

Escherichia coli (E. coli) is a bacterium commonly found in the gut of humans. Although most strains of bacteria are harmless, some can cause serious food poisoning.

Common symptoms of an E. coli infection include diarrhea and abdominal cramps. Symptoms that are less common include:

Typhoid fever is a bacterial infection caused by the Salmonella typhi bacterium and is a highly infectious disease. It is believed that cockroaches spread this disease by consuming faeces contaminated with the bacterium.

Typhoid fever is most common in developing countries with poor sanitation and limited access to clean water, according to the UK National Health Service (NHS). Children and the elderly are thought to be most at risk due to their immunocompromised states.

The symptoms of typhoid fever include, but are not limited to:

You should seek medical attention if you experience any of the symptoms of Typhoid fever. It takes three to five days for this disease to improve with proper treatment. If it isn’t treated, serious complications can develop.

Cholera is an acute diarrhoeal infection caused by Vibrio cholera. In developing countries and areas with inadequate environmental management, it is most prevalent.

Food and drink contaminated with the bacterium can cause infection. By spreading the organism through their feces and vomit, cockroaches can contaminate surfaces and food if they are exposed to the bacterium.

About 80% of people infected with cholera do not develop any symptoms, although the bacterium is present in their feces for 1-10 days after infection. Among those who do develop symptoms, 80% have mild to moderate symptoms, and around 20% develop acute watery diarrhea leading to severe dehydration.

Dysentery is a type of gastroenteritis that results in diarrhea with blood. Generally, most people suffer from mild symptoms and recover within a week or so without medical attention.

There are two types of dysentery. They are:

Cockroaches, along with other insects, are suspected of being carriers of the bacillus Mycobacterium leprae which causes the disease leprosy.

Cockroaches are believed to spread the disease through their faeces. Whilst the bacteria are not highly infectious, if left untreated, it can cause permanent damage to the skin, nerves, eyes, and skin which can lead to disfigurement and deformities.

Leprosy has an incubation period of around five years but symptoms may take as long as 20 years to appear. Treatment is possible using multidrug therapy (MDT).

Although it is regarded as a rodent-borne disease, cockroaches are also suspected of spreading the Yersinia pestis bacterium which causes plague.

Common symptoms of plague include, but are not limited to:

People infected by the plague need to receive urgent treatment and should be given antibiotics 24 hours after infection to avoid severe consequences.

Around 50 million people died from the bubonic plague in the fourteenth century. In 2010, there were 3248 reported cases worldwide, including 584 deaths, according to WHO.

In the US and central Asia, plague cases are reported occasionally (1-17 annually since 2000), though the DRC, Madagascar, and Peru have had the most outbreaks recently.

Other diseases spread by cockroaches

Other pathogenic bacteria that cockroaches spread include:

Minor skin infections, such as boils, can develop into serious infections of the blood, lungs, and heart. The bacterium is known to be carried by cockroaches on their exoskeletons or in their digestive tracts.

Streptococcus
Like Staphylococcus aureus, Streptococcus infections come in many different forms, from mild throat infections to life-threatening infections of the blood or organs.

Cockroach allergy was first reported in 1943. It was discovered when patients developed a rash after cockroaches crawled on their skin.

Cockroaches can trigger asthma because they contain certain proteins that are allergens for some people. Cockroach particles spread through the air in buildings and can trigger asthma attacks in people with sensitive respiratory systems.

The American College of Allergy, Asthma & Immunology reports that the saliva, faeces and shed skin of cockroaches can trigger both asthma and other allergic responses.

The National Pest Management Association has carried out studies around cockroach allergens and residential homes. Its studies show that around 63% of homes in the US contain allergens. This statistic rises for homes in urban areas (between 78% and 98%).

According to WHO, 300 million people worldwide suffer from asthma. Cockroaches have been found to be a frequent cause of frequent hospitalizations in children with asthma living in cities. Around 23-60% of people with asthma are sensitive to cockroach allergens.

How do cockroaches spread diseases?

Cockroaches can spread diseases through:

In addition to spreading harmful pathogens through their droppings, cockroaches have unsanitary eating habits. If a cockroach consumes something contaminated, such as raw chicken or animal feces, the organism will enter their digestive system and lay dormant for months or even years. A cockroach’s droppings will then contain the pathogen, which will contaminate surfaces and food.

Cockroach saliva is also responsible for spreading a range of diseases. Similar to droppings, saliva can harbour pathogens accumulated from eating contaminated items.

Cockroaches can be found living in sewers, cesspits, drains, and rubbish bins where they come into contact with a range of organisms, such as bacteria and viruses, which can become attached to cockroaches’ bodies.

The legs of a cockroach, for example, have spines that are sensitive to touch and provide a very large surface area to pick up pathogens. Anything a cockroach touches or rubs past may then become contaminated.

How can you catch a disease from a cockroach?

You can catch a disease from a cockroach in a range of different ways. However, for the most part, cockroach diseases are caught by coming into contact with items that a cockroach has contaminated.

In most cases, cockroaches transmit diseases through eating or drinking things they have contaminated. This can occur from infectious particles it has picked up on the outside of its body (mechanical transmission), or its saliva or faeces.

Transmission can either be through consuming food or drink directly contaminated by cockroaches, or by eating or drinking something that has been made using contaminated cooking utensils, cutlery or crockery, or has touched contaminated surfaces.

How to prevent cockroaches from spreading diseases?

If the air supply is contaminated with proteins from cockroach faeces, vomit or shed skin and this is inhaled by people suffering from asthma, an attack can be triggered.

Contaminated items should not be touched

A cockroach-deposited organism can also be transmitted by touching items contaminated with it. It is possible for a pathogen to enter the body through the eyes, nose, mouth or an open wound after touching a contaminated item.

The most effective way to prevent to cockroaches from spreading diseases in your home or business is to reduce to possibility of these crawling insects entering your property.

You can prevent diseases spread by cockroaches by:

Cleaning is one of the most effective methods for preventing cockroaches. Not only will it make your property less appealing to them in the first place, it will also get rid of any bacteria or virus they’ve spread.

Cleaning floors, worksurfaces, sinks, and drains regularly is recommended, as well as cleaning cooking utensils, cutlery and crockery before and after use. Removing any possible food sources, such as dropped food, grease behind ovens, and pet feces, is also a good idea.

For businesses operating within the food industry, complying with the proper food safety regulations in regards to cleaning can help reduce the risk of diseases carried by cockroaches being spread.

It is important that you wash your hands:

Sealing cracks or gaps in and around your property helps to reduce the number of entry points for cockroaches. This in turn reduces their potential to transmit organisms that cause diseases through your home or businesses.

It’s a good idea to regularly inspect your property to make sure there are no entry points, and seal them with expanding foam and other materials if necessary. It is also advised that you regularly inspect and repair damaged drains and pipes.

The best way to reduce the risk of cockroach diseases is to enlist the help of a professional pest control professional (exterminator).

Not only will our pest control services remove all traces of cockroaches from your property, but we’ll also ensure that we remove all traces of things that may be attracting the cockroaches, along with setting gel-bait traps, caulk-sealing any holes and gaps they may be getting through, and conducting a thorough inspection at the end to ensure that we’ve got rid of every last trace of these hard-bodied pests. With CCS Environmental, you are partnering up with the highest-quality cockroach pest control company in London. We operate in most London areas and mostly in Mayfair, Kensington, and west London. Contact us today 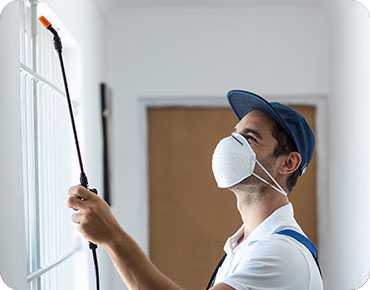 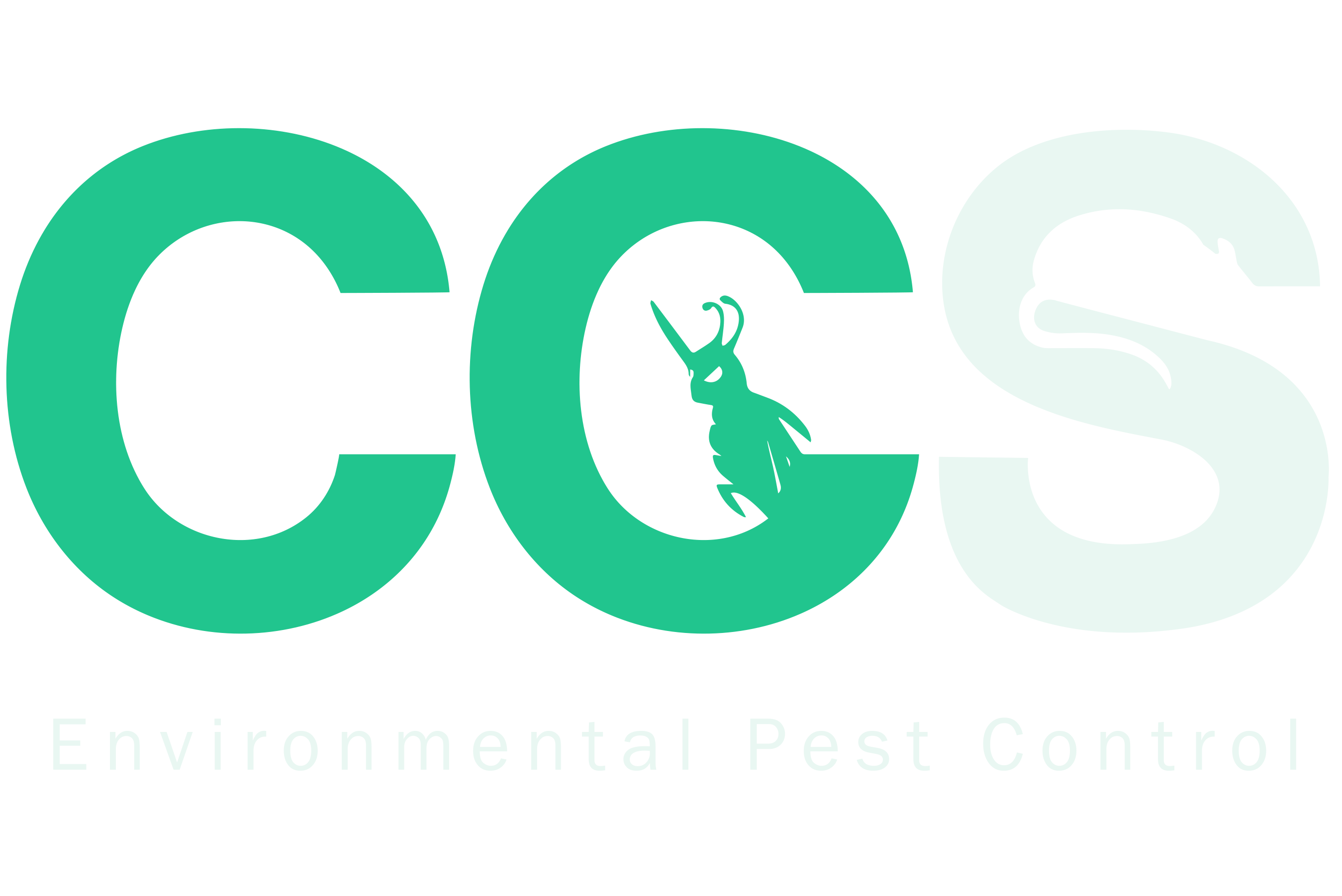